Panama Papers: why we are looking at global corruption the wrong way

Although the size and scale of the Panama Papers leak was shocking, the offshore dealing they revealed was hardly a surprise. After all, many organisations, including Transparency International, Global Witness, Action Aid, Christian Aid, Corruption Watch, and Tax Justice Networkhave long expressed their concerns about money laundering and the role of enablers.

The Panama Papers have revealed a lot about the ways in which the rich and powerful hide their wealth – and many of them are legal. But while there’s no evidence that Mossack Fonseca has done anything illegal, the reporting has suggested links between some offshore shell companies and organised crime and money laundering. The data, we’re told, reveals a vast underbelly of corruption associated with Panama – and other offshore banking destinations. 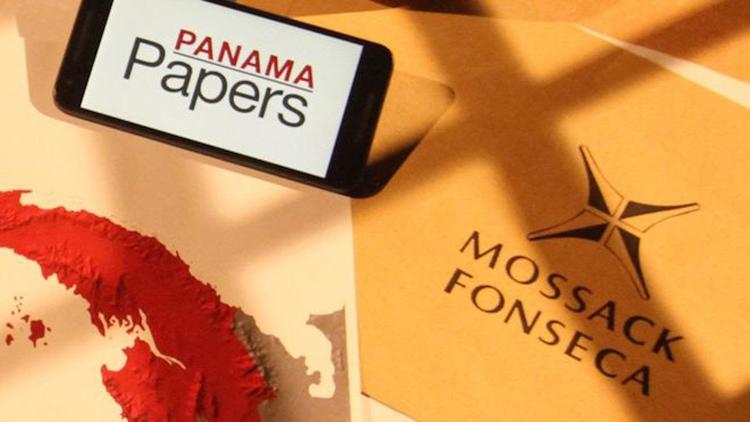 Yet it’s not as if we have suddenly just discovered that transnational networks, some of them corrupt, have used a variety of complex mechanisms and vehicles, including hiding beneficial owners behind shell companies, to manage assets in offshore tax havens.

Which raises the inevitable question: if we have known for so long that this kind of thing goes on, then why have we been so ineffective at preventing it? The answers are inevitably complex, but I want to suggest three key factors that have contributed to what could be considered one of the major policy failures of recent decades.

First, the fact that corruption emerged as a core policy concern in the post-Cold War era and was seen primarily as something that was endemic in former Communist states and the developing world – and that this has contributed to its being carelessly conceptualised.

Corruption has always existed, but concerted international focus really only began in the early 1990s, when the presumption was that liberal democracy was now the only game in town. In this scenario, privatisation and deregulation were the key policy prescriptions that would drive the post-Communist world towards the “good governance” model that reigned in the West and would thereby control corruption.

The seeming self-evidence of the superiority of the Western model was reinforced by the first systematic attempts to measure corruption (part of a growing obsession with “ranking the world”). In particular, Transparency International’s Corruption Perceptions Index and the World Bank’s Control of Corruption measure in its governance indicators, showed a clear correlation between high levels of socio-political and economic development and low levels of corruption.

But in reality such correlations mask a much more complicated story. In particular, they rely on a very basic notion of corruption understood as being really about bribe-paying in the developing world. In short, corruption was primarily a problem found in other countries, not well-run democracies – even if Western businesses had to pay bribes to prosper. And it was this understanding of corruption being about bribes that motivated the international financial community and the policymakers they sought to influence.

So what do we really mean when we talk about “corruption”? The word encompasses a vast array of different kinds of activity, only some of which involve bribery. They range from highly sophisticated transnational networks linked to criminal gangs and drug trafficking involving billions of dollars (think The Night Manager) to small-scale abuses at a local level involving just a few people.

The very idea that these types of activity – and everything in between – can be captured in any single measure is actually pretty absurd. And yet that is precisely what has been done annually since the early 1990s.

Not just a national problem

Second – and closely linked to that – analysis has focused on measuring and combating corruption in individual states rather than transnationally. Hence, various initiatives – from development aid measures to membership of the European Union – have increasingly been made conditional on anti-corruption efforts at state level. These have usually come in the form of a national strategy, the creation of dedicated agencies, or other internationally endorsed measures. They have often entailed an implicit belief that there is a “correct” way to tackle corruption, based on adopting a specific national governance model.

In terms of such things as ensuring the rule of law, promoting ethical standards for public officials, having clear guidelines for investigation and prosecution and so forth, a national-level approach makes perfect sense. There’s no evidence that Mossack Fonseca itself has done anything illegal, but as the leaks of its documents have comprehensively revealed, some of the most egregious types of corruption – the corruption that involves billions of dollars being stolen and diverted – relies precisely on transnational operations that are near impossible for individual states to address on their own.

Devil in the detail

Third, academic researchers and the advocacy community have been unwittingly complicit in perpetuating this mismatch between the reality of how corruption functions and our efforts to combat it. Much of the huge outpouring of academic literature on corruption in the past two decades, particularly that by economists, has used a poorly specified concept of corruption to supposedly explain a host of specific failings – and most especially why there is more or less corruption in country x as opposed to country y.

In turn, the advocacy community has similarly tended to rely on aggregate measures of corruption, both to make a political point about the need to combat it and to secure resources in order to do so.

By talking in such generic terms, though, neither academics nor advocates are likely to make much headway. It makes about as much sense as having a health policy that entails “fighting disease”. It could be argued that we should stop focusing on corruption “writ large”. Instead, whenever the word is mentioned, we should ask what kind of corruption it is, where is it taking place, who is involved, what are their motivations, who or what is needed to allow it to take place, what level does it operate at, what sectors are implicated, what are the key interdependencies and how does it relate to the broader social context?

Without clear answers to these kinds of questions, it will remain difficult to develop practical means of intervention that have an impact on actual corrupt practices – as opposed to generic observations about which places are more corrupt than others.